MarsSedExII is designed to help assess past Martian hydrology and thus the likelihood for the formation of life and where to look best for traces.

The settling velocities of various particles will be assessed using videos taken during the research flight. We will be counting the number of frames while a particle moves between some fixed way marks on the ruler. Overall, nine types of sediment were tested during MarsSedEx II, ranging from 1 mm glass spheres used for calibration to basalt sands resembling fluvial sediment on Mars.

The results will be used to calibrate models simulating erosion and deposition on Mars. These models in turn can be used to interpret high resolution images of sedimentary rocks from Mars, in particular the water flow they were formed in.

Dr. Kuhn and his research assistant explain the equipment and in-flight procedures to the Test Readiness Review team at a pre-flight location. 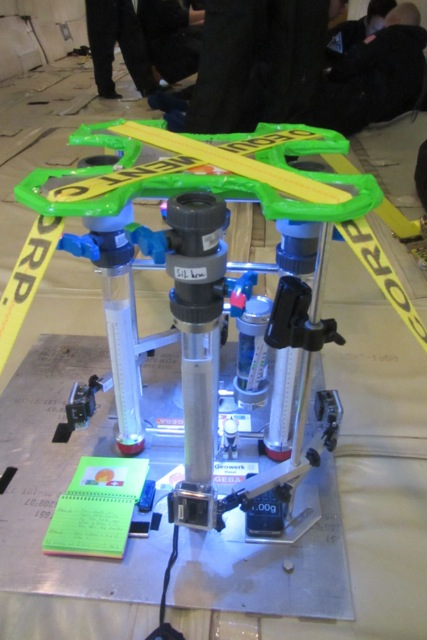