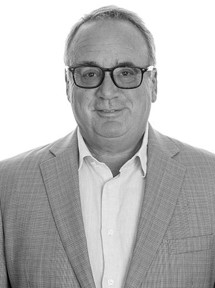 Matt Gohd is the Chief Executive Officer of ZERO-G with responsibility for the overall management of the business, communications with the board and stakeholders, fundraising, high-level sales and marketing, and strategic partnerships.

Matt has been in the securities industry for over 40 years, involved in over 50 IPOs, mergers, restructurings, and acquisitions generating billions of dollars of shareholder value. He was co-chairman of Bluestone Capital and the Principal Managing Director of Pali Capital. He also served in the role of Chief Market Strategist, advising billion-dollar investment funds on sophisticated options and market strategies.

As a finance expert, Matt has often been interviewed by news organizations such as the Wall Street Journal, Fox Business News, CNBC, and CNN. Previously, Matt served as Chairman of the Executive Committee for Ediets.com, a pioneer in the marketing of an online subscription diet solution. He originated and completed the financing for Ediets.com and the sale of the majority stake in the company at a price of more than 600% of the original investor price.

He has been involved in complex restructuring and participated as a board member in several public companies. He is currently serving as the founder of MAG Strategic Advisory using his decades of experience in almost all facets of the finance industry to help companies and investors solve complex problems and facilitate optimal decision making. MAG’s clients include Family Offices Funds and Emerging Growth Companies.

Matt Gohd is a founding board member of the Starlight Children’s Foundation in New York City. Since 1985, the foundation has provided education, entertainment, and support to children with serious illnesses and their families. Gohd has also served as the co-chair for the annual dinner at the Robert F. Kennedy Center for Justice and Human Rights in New York.

Along with parents from Parkland, Florida, Matt launched and served as CEO of Famsvarpac.org to change Federal laws on Military type Weapons. Matt attended California State University, Hayward, where he studied Statistics and Accounting and completed the UCLA Anderson School program on Advanced Mergers and Acquisitions. He is involved in various political causes and has had close ties to a President, a Vice president, and many members of Congress. Matt Gohd held series 7, 24, 63, and 79 licenses. In his spare time, he enjoys tennis, golf, biking, and any activities in or on the water. He also likes spending time with his Portuguese Water Dog, Izzy. 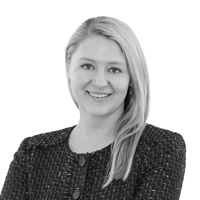 Odyssey has been working in the NewSpace industry since 2001 and has served in various roles focused on advancing the commercialization of space. Most recently, Odyssey was the CEO of NewSpace Global, the global leader in data analysis and coverage of the commercial space industry.

She also held the position of Vice President, NewSpace Market Development at Space Florida. In this capacity, she facilitated investments in several commercial space companies while helping to refresh the brand of Cape Canaveral Spaceport to be commercially-friendly. Odyssey also managed the formation of the space commerce park, Exploration Park at Kennedy Space Center, and held various board seats during her tenure.

She was an early employee of ZERO-G starting in 2004, where she managed operations and led the inflight team on commercial weightless flights throughout the US. Odyssey also spent time early in her career designing and engineering parachutes for Performance Designs in Deland, FL. 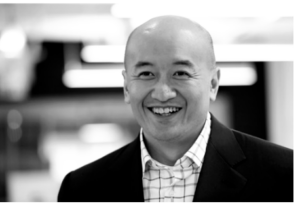 Gerald Garcia is Zero-G's Chief Financial Officer with responsibility for all financial operations.

Gerald has been in the media and ad-tech industry for the past 15 years, leading the Finance teams for flagship agencies from WPP, Publicis, and Havas to several start-up organizations and acquisitions. Over the past 5 years, Gerry managed the US Finance team at MIQ with year-over-year growth of over 20%. Knowledgeable in entrepreneurial and growth companies with Big 4 accounting and public company experience, Gerry has a successful record of building organizations and developing corporate culture while providing process and structure, driving bottom-line growth.

Gerald has a Bachelor of Science degree from Queens College and an MBA degree from Fordham University in Finance and Accounting. 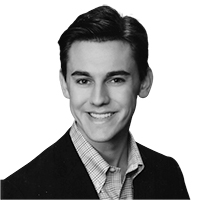 Jack O'Neill is the Vice President, Sales and Finance for Zero-G, responsible for leading classified projects and expansion efforts.

Jack holds a Bachelor of Science from Boston College, Double Majoring in Finance and Entrepreneurship with a Minor in Applied Psychology and Human Development. 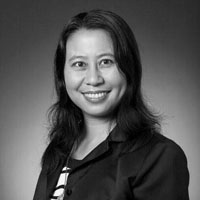 Amy has worked in the aerospace industry since 2006 and served in various roles with increasing responsibilities at top-tier aerospace companies such as Raytheon and Northrop Grumman, as well as an emerging aerospace R&D firm.

Outside of work Amy is an avid community leader who has been serving on the boards of various community organizations and charities. She currently serves as a pro bono CFO and a board member at Pink Warrior Angels of Texas (PWATX), a charity that provides financial, emotional and educational support to cancer warriors. She is a passionate career mentor to early career professionals and grad school and college students. She has mentored over 10 mentees on a regular basis and been invited to various career forums at her alma maters in the past 10 years. Amy speaks fluent English, Mandarin Chinese, Cantonese Chinese, and some Italian. 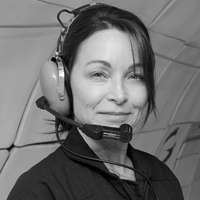 Director of Research and Education

Michelle Peters joined the ZERO-G team in early 2007 and currently works as the Director of Research & Education. Having completed more than 200 flights and 5,000 parabolas, she regularly floats and flips with passengers as one of two ZERO-G Flight Attendants onboard most flights. Her experience further includes supporting NASA research missions as the ZERO-G safety lead, coaching inflight teams on fun flights, managing the Weightless Lab research program, creating educational initiatives, and more.

Dedicated to the highest standards of excellence in every aspect of her ZERO-G career, Michelle continues to aid thousands of clients from ages 8 to 80 to achieve their Weightless Experience® goals. Whether advancing scientific investigations and STEM studies or ensuring a safe and exciting experience onboard G-FORCE ONE®, Michelle remains firmly committed to ZERO-G’s mission of making the experience of weightlessness available to everyone. 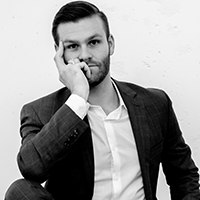 Gregory is a creative strategist with over 10 years of experience building, managing, and optimizing marketing teams. His extensive background in sales, marketing, and business strategy has helped grow both early– and late-stage companies alike—from law firms and tech companies, to Congressional campaigns and national security firms.

Gregory graduated from the University of South Carolina with degrees in International Business, Marketing, & Mandarin Chinese. Outside of work, Gregory can be found either riding his motorcycle or burying his nose in a book. 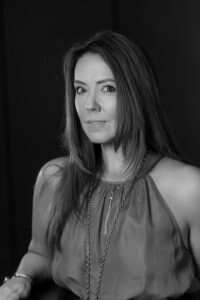 Beth Dean-Pope is Zero-G’s Director of Global Charters, Groups and Incentive Sales. She made her mark working with luxury brands all over the world when living in London, UK for almost 15 years. Her experience in launching luxury brands into new markets is her passion and her excellence. She has successfully started and sold two marketing companies in her career both catering to the luxury products market.

Beth holds a Masters Degree in Organizational Development from the University of Cumbria which she achieved while residing in England.

Now based in Jacksonville, Florida, Beth utilizes her vast network of corporations and HNW and UHNW individuals to secure charters, groups and corporate incentive experiences in zero gravity for Zero-G.

Outside of work Beth is committed to sustainability and protecting our oceans by working with numerous organizations across the world. She and her husband organize multiple beach clean-ups each year and bring together teams of like-minded people to participate. 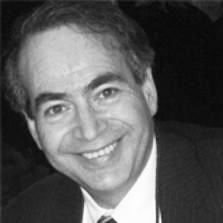 He has served as General Counsel of several firms, including Space Adventures, Inc., where he played a leading role in the flights of Dennis Tito and Mark Shuttleworth to the International Space Station aboard the Russian Soyuz vehicle, the early space tourist flights.

Mr. Lyon has extensive international business, finance, and legal experience in over 100 countries, including in the GCC, Asia, Russia, China, and India. Mr. Lyon has a background in technology, and serves as a mentor in the Creative Destruction Lab’s technology accelerator, specializing in space, AI, oceans, and life science companies.

Mr. Lyon served as the Special Assistant to Chairman L. William Seidman at the 14,000 person Federal Deposit Insurance Corporation and Resolution Trust Corporation (U.S. Government Agencies) during America's Savings & Loan financial crisis, and as an Assistant Director for Resolutions at the RTC dealing with larger failed thrifts (over $500 million in assets). In this role he was a leader in America's efforts to stabilize its financial and real estate sectors in the 1990s.