Zero Gravity Corporation is a privately held space entertainment and tourism company whose mission is to make the excitement and adventure of space accessible to the public.

The experience offered by Zero-G gives individuals the opportunity to experience true “weightlessness” without going to space.
Zero-G’s attention to detail, excellent service and quality of experience combine with its exciting history has set the foundation for exhilarating adventure based tourism.

G-FORCE ONE is a modified Boeing 727-200. An upgrade to G-FORCE ONE’s hydraulic system allows for continuous hydraulic pressure during parabolic performance. The modification, along with the addition of accelerometers in the cockpit, were tested and approved by the FAA. No structural modifications were made to the aircraft’s interior or exterior.

The interior of G-FORCE ONE has been altered to allow for maximum floating space. The seats are located in the rear of the plane. The floating area is divided into sections and padded from floor to ceiling with one rope running down each side of the plane.

To board G-FORCE ONE, stairs open from the tail of the aircraft into the seating area. 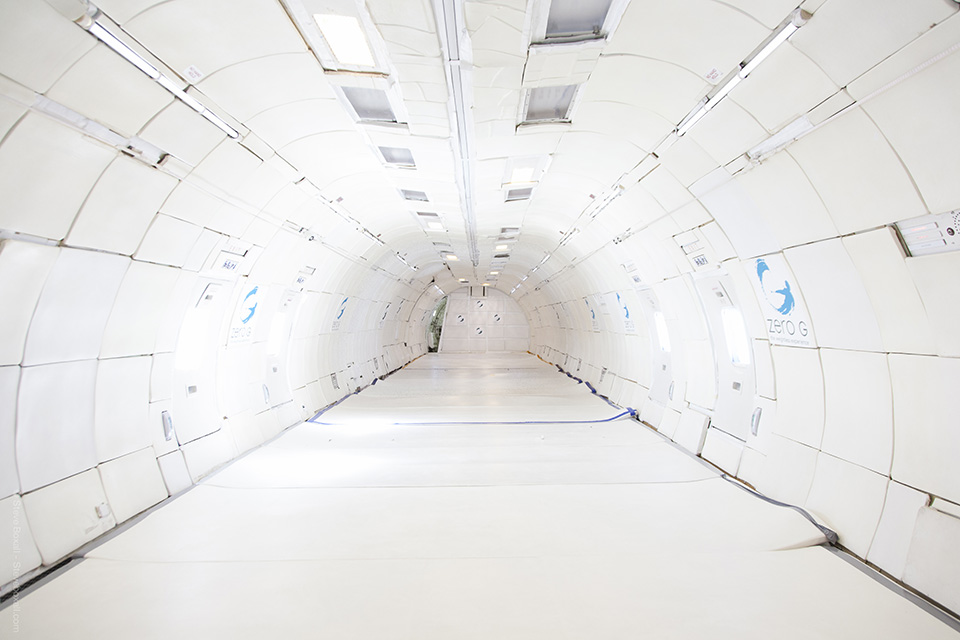 Forward-facing view of the aircraft interior

After 11 years of surmounting meticulous procedures and safety regulations, co-founders Dr. Peter H. Diamandis, veteran astronaut Dr. Byron K. Lichtenberg and NASA engineer Ray Cronise acquired FAA approval for G-FORCE ONE, a specially modified Boeing 727-200, to take passengers on commercial parabolic flights. In August 2004, Zero-G flew its first commercial flight operating under the same safety standards of all major air carriers and established its place into the extreme tourism industry as the first and only commercial Zero Gravity flight for the general public.

Additionally, in April 2006, Zero-G became the first commercial company to gain permission from the Kennedy Space Center to use the shuttle runway and landing facilities to operate its weightlessness flights.

Zero-G has provided thousands of individuals the opportunity to experience weightlessness including clients Stephen Hawking, Martha Stewart and Buzz Aldrin.

Zero-G not only caters to private clients but various organizations as well. For example, National Geographic, Nick News and Discovery Channel have all flown on G-FORCE ONE.

Zero-G has also been featured on NBC’s The Today Show, Biggest Loser and The Apprentice.